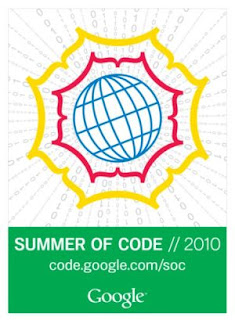 I have been accepted to Google Summer of Code 2010 for the third year running! This summer I will be working with Sahana Eden.

The Sahana Free and Open Source Disaster Management System was conceived during the 2004 Sri Lanka tsunami. The system was developed to help manage the disaster and was deployed by the Sri Lankan government's Center of National Operations (CNO), which included the Center of Humanitarian Agencies (CHA). A second round of funding was provided by the Swedish International Development Agency (SIDA). The project has now grown to become globally recognized, with deployments in many other disasters such as the Asian Quake in Pakistan (2005), Southern Leyte Mudslide Disaster in Philippines (2006) and the Jogjarkata Earthquake in Indonesia (2006).

The project is now being ported to Python as an experimental fork a replacement for Sahana Agasti so that the software can be extended. Sahana Agasti is written in PHP.

I will be working with Sahana Eden to create a tool to create, enter, and manage surveys. This should be a lot of fun!
Posted by Robby O'Connor at 4:54 PM No comments: