Three weeks ago (8-14 Dec) I got to meet all of my Google Summer of Code mentors but Ben Wolfe in person for the first time at the first annual OpenMRS Worldwide Summit in Singapore. This wasn't even the highlight. OpenMRS is a special community, one which I have yet to encounter anything similar. I was lucky enough and eternally grateful for the OpenMRS Inc. Travel Grant Program, which covered my hotel costs partially so that I could attend this amazing event.

I arrived in Singapore, quite tired a little bit after 10:00 PM SGT on 6 December, and after getting through immigration and customs and grabbed my checked bags; I grabbed the shuttle for $9 SGD, which is reasonably cheap.

I spent most of the day following sleeping off jet lag, and then ran to the mall to troubleshoot what wound up being a case of PEBKAC with my simcard; and then met up with Michael Downey and Kaweesi  and grabbed some food and then headed for a preview of Wonder Full, an amazing water and light show which is amazing to see, the group of us from the summit as a whole went to see it on Friday, 11 December. One of the things that made me chuckle was the crosswalks telling me to wait for the green man...I saw that and snapped a photo as I was headed back to meet up with Michael Downey: 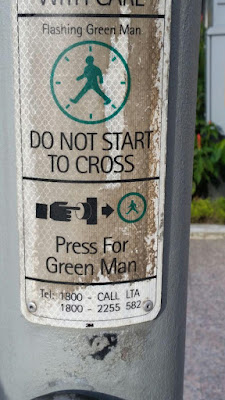 I volunteered and helped out with registration and general event logistics such as set-up and breakdown each day, as well as helping out with registration. On Tuesday morning, I helped bring things to the event venue (Singapore Management University). Tuesday-Wednesday (8 Dec to 9 Dec) was tutorials, either day-long or half-day. Thursday-Saturday ( 8-12 Dec) was main Conference, with both formal talks and unconference sessions(more round-table discussion), my favorite of which was a cause which I feel strongly about is the Women in Technology session, which was an amazing session. Notes from the talk can be found in the link above. Hearing about the strategic goals of OpenMRS, as well as the the talks about the OpenMRS Governance, which was amazing.

The lightning talks were amazing. I originally was not going to give a talk since I did not prepare slides, but last second I typed up some notes and gave a talk trying to recruit more people to mentor for Google Code-In, and I feel extremely passionate about this program. This year and last were by far my favorite years! It's exhilarating to look at the work of these students and just be amazed. We are fostering young open source developers, some as young as 13! I got so many compliments from people saying they loved my lightning talk. I just wish more people gave talks. The ones who did, hit it out of the park.

The after-hours activities were a chance to bond with the awesome community. There was an Informal Group Dinner at Maxwell Food Centre, The Pre-Summit BBQ at the Labrador Nature Reserve, Powerpoint Karaoke at Thoughtworks(I went with the "this is going to go bad" theme and it worked...), Chinatown Food Crawl. We also took a trip to the Marina Bay Sands for Wonder Full and a light show by Gardens By The Bay, which you can't get enough of. I had a way better seat for it this time! The after-hours activities were closed out by a fun trip to Little India, followed by a group dinner for those who went. Afterward, some of us headed to the Mustafa Centre and then met up with a group that were enjoying the beautiful Clark Quay night-life; we wound up closing out the night at Life of Liquor (LoL). The after-hours events gave the community a chance to bond.


On Wednesday, 9 December, Burke, Paul, Mayank and I took a walk to the Funan Tech Mall to get the prize for the scavenger hunt and grabbed lunch there. It was amazing to spend time with such amazing people.

One of my favorite moments was when we waiting for the light show at Gardens By the Bay, Burke spotted a kid with a Rubik's cube, pulled his out and well this was the end result, it was about as awkward and funny as it looks. Photo Credit to Mayank Sharma though, this picture needs to be included somewhere official, it's an epic battle, the kid forfeited, so I guess Burke wins by default? It's one of those you had to be there to appreciate it, but hopefully this still works somewhat.


It is also amazing that Mayank Sharma, Michael Downey, and myself (whom form 3/4 of the OpenMRS Infrastructure Team) were able to be together. Ryan Yates was missing sadly. Would have been pretty awesome to have all four of us.


I would like to thank OpenMRS, Inc for the Travel Grant to attend. I would also like to thank Michael Downey for the Korean BBQ on Sunday (12 Dec). Though one thing I'm sad about: I never got to try the infamous Durian, the only thing which doesn't seem to a carry a fine, nobody seems to know what actually happens...This sign was found in the MRT station. 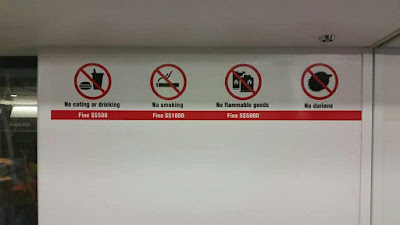 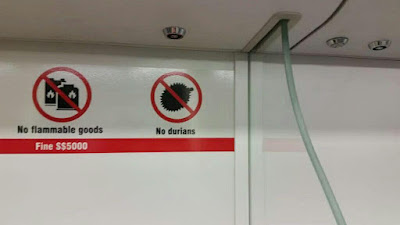